As the 70s were ending, race entry fees were starting to rise.  This January 1979 letter to the Clifton Track Club newsletter by Don Connolly explains why.  The last two words are more FUN!!! 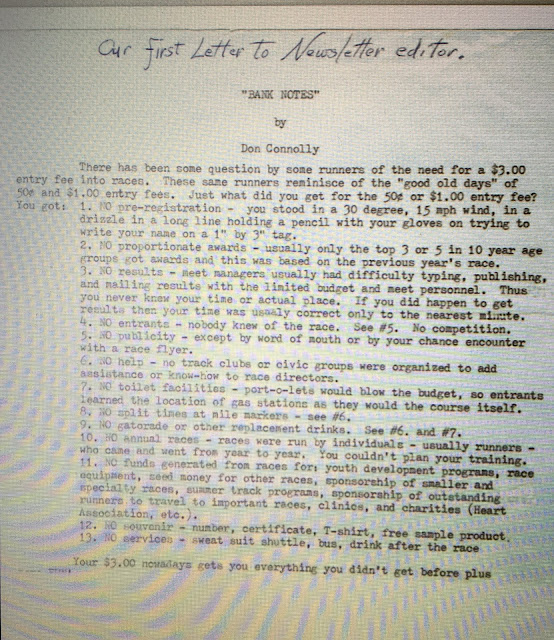 The Running Scene in 1930 in Cincinnati

This blog, gotten from a copy of the Spalding Almanac, recaps the status of local running in 1930. 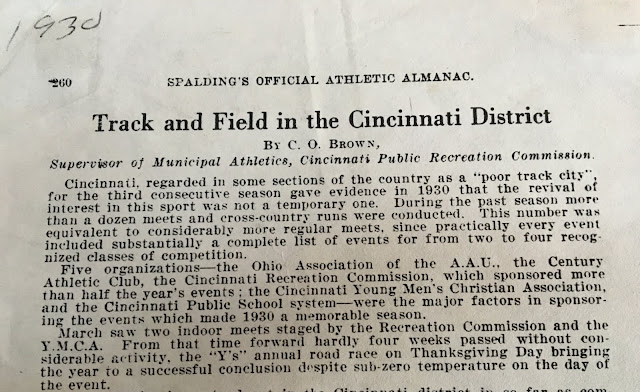 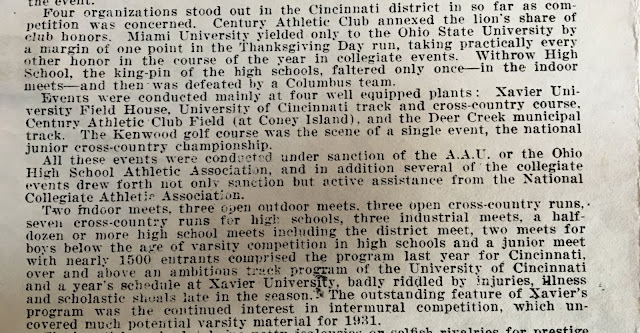 Xavier's Schmidt Fieldhouse was built in 1927 and opened on March 7, 1928 with a win against archrival Cincinnati. At one time it also hosted indoor track meets.

Deer Creek commons was a popular recreational area for many sports, including running on its track. Now I-71 runs through what were their grounds. Eden Park Drive, Gilbert Ave., Reading Road, and Elsinore, just south of the old Baldwin Building, border what was this recreational property. 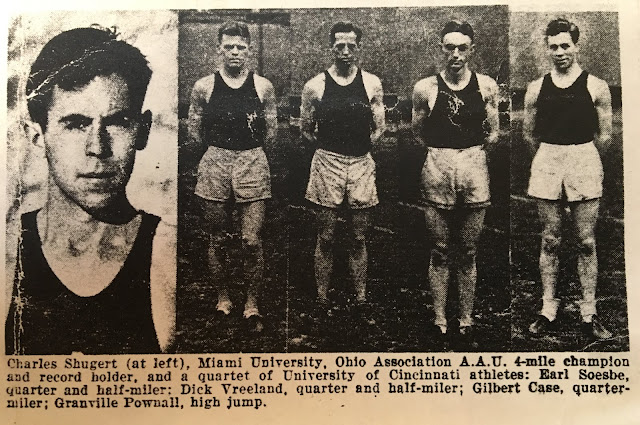 In 1943 the Swedish distance runner, Gunder Hagg, toured America.  During his eight-stop tour, including Cincinnati, he scored consecutive triumphs over America’s best.  It was not surprising that he was known as “Gunder the Wonder.” 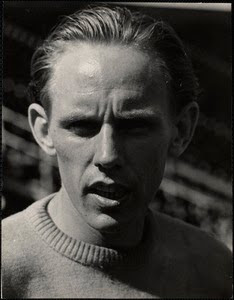 Who was Gunder Hagg?  From 1942 to 1945, Hagg and fellow Swede, Arne Andersson broke or equaled the world record for the mile three times each, usually by beating the other.  Hagg lowered the mile time down to 4:01.3, a mark that was not reduced until Roger Bannister’s historic sub 4:00 mile in 1954. Over his career he broke a total of 15 world records, 10 of them within a three-month period in 1942 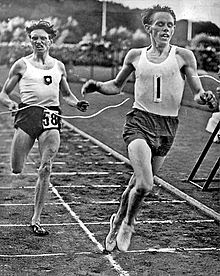 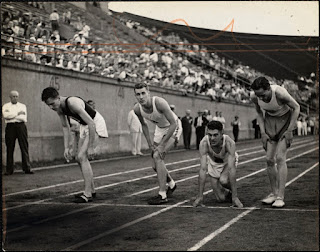 His Cincinnati appearance was his seventh American race. It was contested on the evening of August 7, 1943 at the Withrow High School Stadium Track. The Cincinnati Firefighters Association sponsored the race for the Army Air Force Aid Society. 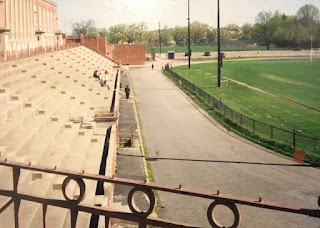 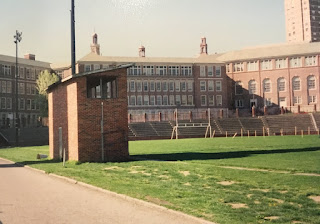 Gunder requested that the distance be two-miles. Earlier in the tour Hagg ran 8:53.6 in Los Angeles, well shy of his world record of 8:47.8 that was set the year before. The month long sea voyage had deprived Hagg of valued training opportunities but as the tour was nearing its conclusion, he felt that his speed and stamina were improving to the point that he might challenge his own record.

Hulse, who narrowly lost to Hagg the week before at Baldwin-Wallace College in Berea, when he ran a 4:06 mile, was given a 100-yard handicap.  Since Hulse’s mile time was the best mark ever achieved outdoors by an American runner, it was thought with a lead of that distance Hagg might be prodded to eclipse his own world record. Gill Dodds, the other top protagonist spurned a handicap offer and started from scratch with Hagg.  Dodds had previously clocked 8:53 for the distance so he figured his best opportunity to defeat Hagg was at this distance.  A fourth starter in the race was Bob Berger, a young Bay Village, Ohio athlete.  He received a full lap or 440-yard handicap. 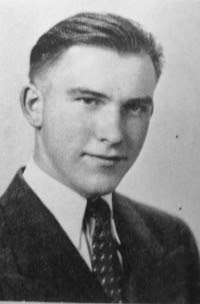 Berger, needing only to run seven laps rather than Hagg’s eight, remained far out in front of Hulse. Hagg caught and passed Hulse as he entered the seventh lap.  Now his sights were on the youthful Berger.  Yard by yard he pulled closer.  However, he came up just short of overtaking his young opponent.

Bob Berger, the 18-year old high school graduate, maintained the lead that he received due to his handicap advantage.  Berger’s time for the two-mile distance, minus 440, was 8:49.7.  The race was quite exciting as he broke the finish line tape only five yards ahead of the rapidly charging Hagg.

Gunder, the Swedish track champion, covered the two-mile distance at Withrow’s Stadium in 8:51.3, which was only 3.5 seconds off his existing world record. This time was the fastest ever run for that length outdoors on American soil.

Hulse, from New York, finished in third place. His time of 9:08.3 was the first time he had ever raced two-miles.  Dodds, who started even with Hagg, was unable to catch up or overcome the handicaps given to Berger and Hulse.  He placed fourth with a time of 9:18.3.

Afterwards, Hagg was very complimentary about Berger saying, “He’s one of the best young runners I have ever seen. You track boys had better keep your eye on him.”  He felt that Withrow’s cinder oval was a little slow, but he added that he felt fine during the race and would try his best next Wednesday, on August 11, to set a new record at New York. His mile in New York would be the final installment of his American cross-country tour.

Gunder Hagg was branded a professional in 1946 because he received payments for running. Thereafter he was barred from competition.

Bob Berger died February 28, 1945.  His airplane was hit by enemy fire and he perished while parachuting.

Gil Dodds became known as “The Flying Parson.”  He won the Thanksgiving Day Race five times in the 1940s. 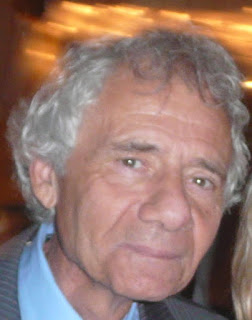 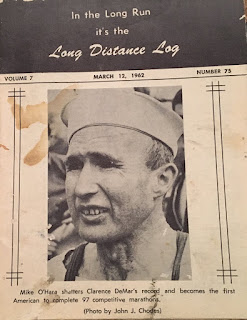 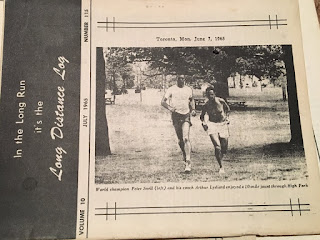 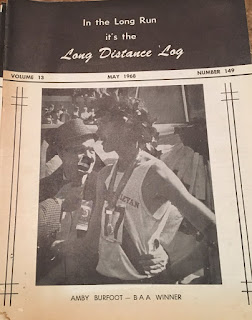 you expect to get blisters by running in new shoes.

you have taken salt tablets at one time.

you have hitch hiked to races.

you have competed in races where there were less than fifteen (15) runners.

you know all the names of men who have broken four (4) minutes in the mile.

passersby have asked you if you are in training for a fight.

you have run in all leather running shoes. 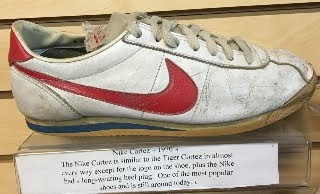 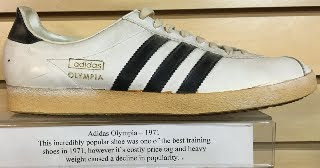 you have started the season in a pair of wonderfully soft
kangaroo skin spikes. By the end of the season they have stretched so much that you are now wearing two (2) pair of sweat socks.....but you still love them.

you remember when "tick sheets" were the preferred method of timing cross country and road races.

you remember being given numbered tongue depressors at the end of a race to indicate your finish place.

your first running wristwatch was metal rather than some polymer material.

you remember digital stopwatches whose numerals glowed in the dark and they required 3 double D batteries for power.

your favorite pair of racing socks covered your calves, was white cotton and had two cool color stripes at the top.

you remember the big DMSO controversy.

you had to go to two or three local bookstores to find a single volume on running.

you recall when going to one of the Runner's World sponsored Fun Run at Sharon (Dick Stapleton) or Winton Woods (Martha and Bill Hart hosted) was a way to score a free complimentary copy of their magazine.

you remember the Runner's World Fun Runs always included a half-mile, a mile, and a featured distance run of 2, 4, or 6 miles. These were not races, you ran with friends but they were timed. Everyone was entitled to a certificate of completion provided by the magazine on which you filled out your distance and time. On occasion there were prediction runs for some small prize. You wrote down your predicted finish, left your watch in your car and off everyone went. Winners were usually within two or three seconds of their prediction.

you remember filling out self addressed envelopes at some road races in order to receive results in the mail.

you remember when there were no display clocks at race finish lines, just someone who might scream out a time from their stopwatch as you crossed the line.

you recall the earliest display race clocks that had flip numerals comprised of a series of little yellow paddles that sometimes stuck. The results, on occasion, were finish times that required puzzle-solving skills.

even earlier, you can recount swing ropes at finish lines that herded you down a specific chute. Perhaps you even had the happy experience of being clothes lined across the neck or face at the finish during a chute switch. Burn. you recall with fondness the annual fight between Bill Hart and Barry Binkley at the Thanksgiving Day Race finish line concerning how best to set up a multi-lane chute system. Good times.

you remember when no self respecting high school cross country invitational would be held without Don and Carol Connolly present with a mimeograph machine to crank out on the spot race results. 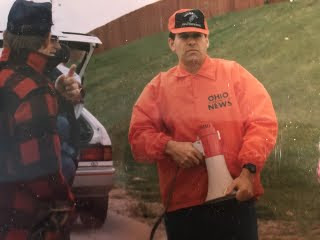 you remember when wearing nylon warm-up rather than cotton sweats meant you were a "serious" runner. Gore-Tex? What the heck is that?

no one would have predicted $10 or more race entry fees. 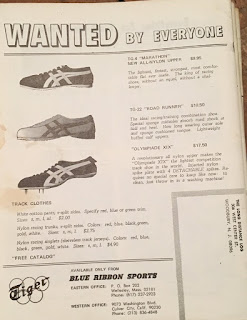 you still wax nostalgically about your first pair of blue and gold Nike waffle trainers. 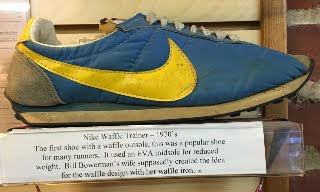