I have often thought that all distance runners should, at least one time in his or her life, experience a marathon. A corollary to that statement is: if a person is capable of qualifying for the Boston Marathon, he or she needs to do it.

The BAA Marathon, first run on Monday, April 19 in 1897, is an event not to be underestimated. Area runners have been going there for many years. 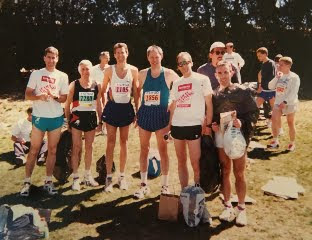 The Boston Bound board at the O'Bryonville Running Spot was originated to give recognition each year to those individuals who qualified by achieving the time performances needed for their age group. 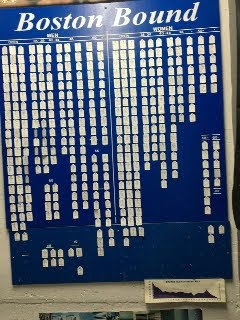 The 120th edition takes place this coming Monday. It is always on Patriots' Day, a Massachusetts state holiday, and the third Monday of April. This blog recognizes the four local individuals who have placed in the top ten at the Boston Marathon.

This was the year that Ted also made the USA Olympic Marathon team that took place in Helsinki, Finland.  Ted was a Woodward High School grad and attended UC where he originally ran the 440.  He gradually moved up in distances until he became known as the Father of US Distance running. 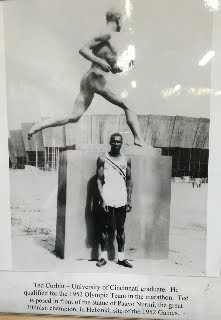 Jim qualified for the 10,000 meter run at the NCAA Championships in 1973 and 1974, while studying at the University of Cincinnati, where he achieved All-American status. In 1975 he headed to Boston to test himself at the marathon distance. Every decade or so the weather gods align themselves to create extremely favorable conditions for the runners. Such was the case that year. Conditions were perfect on race day. Temperatures were in the low to mid 50s. Strong quartering winds out of the northwest with gusts of 25 MPH blew Bill Rodgers to an American record 2:09:55 and Jim to his sixth place finish.
1979
8th     Karen Doppes, 23, 2:45:45 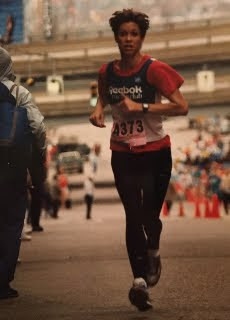 Karen Doppes, later Karen Doppes Cosgrove, did not consider herself to be much of an athlete. However, she and Julie Isphording were among a new breed of runners who demonstrated the rising popularity of road running and racing. Neither had participated in the traditional venues of track and field or cross-country. They were strictly road racers and they were exceptionally good ones.

Karen had only been running for a couple of years when she came to Boston for the first time. And what a time it was. She finished in eight place with a time of 2:45:45. 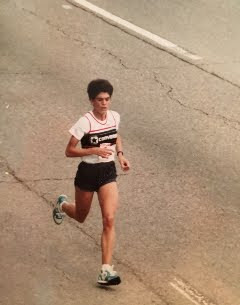 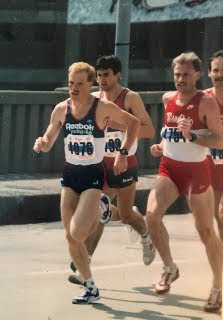 Mark was a Moeller high school and Morehead State University graduate. He achieved, with his third-place finish, the highest placing ever for any local runner at the Boston Marathon. The times were quite slow that year due to extremely severe conditions. The day was warm and humid, with temperatures in the mid-60s and hazy sunshine. The winner of the race had to stop during the course and walk for a while because it was so bad. Mark, an unknown runner to the race officials, frequently had his name misspelled throughout the day. 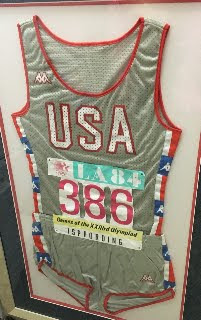 By this time, Julie’s reputation as one of America’s finest marathoners was established.  She was one of the three USA female runners who made the historic 1984 Olympic Marathon Team.  This was the first time ever that women were allowed to compete at this distance in the Olympics.  She was the first female American finisher at the 1986 Boston Marathon.

We don’t expect a top 10 finish this coming Monday from any area participant but we want to congratulate each of the 2016 qualifiers for their achievement and trust that they will have a great experience.