Thanks go to Henry and Elizabeth Brown for providing the bulk of this history information about the Avondale Running Club.  Their organization, which is over 30 years old, is very active to this day. 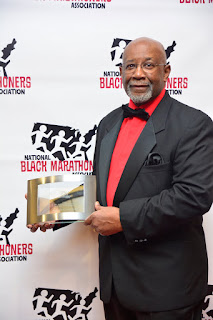 The original USA running boom, when individuals started running in the streets and on the sidewalks, started in the 1970s. A variety of factors coalesced to create this phenomenon. By the late 70s a number of road races started appearing on event calendars. Prior to that, the Thanksgiving Day Race was the sole available Greater Cincinnati annual road race.  It was a time when few African-Americans appeared among the results.  Periodically the names of Albert Sewell, Cleophus Kelley, and Reggie McAfee would appear among the roster of race finishers, but not too many more.  Of course decades earlier Ted Corbitt had run in, claiming the first prizes, a few of the Turkey Day events.  Generally speaking, people of color were largely absent from jogging on the concrete and asphalt. 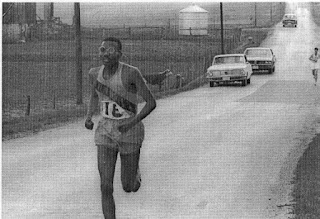 Black runners began running and participating in local road races around 1978.  In 1984, six of these runners began running together regularly on weekends to stay fit.  At some point, it was suggested they form a running club.  An exploratory meeting was held at the Cincinnati Bible College on Reading Road in Avondale. In February of 1984, at the first recorded meeting, the group decided to call themselves the Avondale Running Club (ARC).  Officers were appointed, bylaws were written and a Mission Statement was crafted.  The members continued to meet and run throughout Avondale and other areas of Cincinnati.  ARC members participated in area foot races and met other runners who were encouraged to join and share the weekly fun, and sometimes the pain, of running. 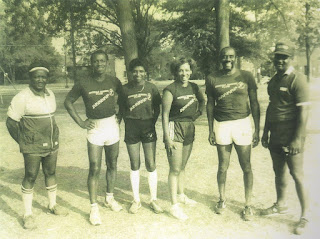 The ARC began growing almost immediately.  At first they were exclusively runners but during the late 80’s several walkers joined the thriving group.  It became a club of Runners and Walkers.  Today the club is organized to promote health and fitness through programs of brisk walking, road racing, bike riding, and cross-country runs in a spirit of fun and competition.  While the group encourages members to adhere to a consistent program of physical fitness, those members who enter competitive activities are enthusiastically supported and encouraged.

The meeting location was eventually moved to the Melrose Branch YMCA in Walnut Hills.  The number of Black runners and walkers continued to increase and the club became involved in YMCA programs and other charitable organizations.   ARC coined the phrase “Feet in the Street” to label the 5K foot race it organized and directed to support raising funds for youth programming at the Y.  The 5K course, through streets around the YMCA branch, is USATF certified.  ARC has also organized and directed races and fun walks for the Marva Collins College Prep charter school, the Sickle Cell Anemia support group, the Avondale Community Council, Melrose YMCA Summerfest, Moms on the Move and the Center for Closing the Health Gap.  In 2014 ARC brought “Feet in the Street” to Avondale to support the Avondale Comprehensive Development Corporation.  The 5K course, through streets of Avondale, is USATF measured.  The third running of Avondale “Feet in the Street” 5K will take place on October 15, 2016.

The club participated in the 1999 inaugural Flying Pig Marathon by staffing a station to provide fluids for runners near the five-mile location on the 26.2 mile course.  This event proved to be a big turning point for the ARC.  The Pig fluid station created the opportunity for visibility and a consistent means of raising funds to support the club’s charitable activities. More than 60 club members and friends participated in staffing that first fluid station.  Since then, the ARC’s fluid station has won acclaim on multiple occasions due to the enthusiasm and efficiency shown by the participants.  ARC has staffed a Pig fluid station for 17 years running.

The ARC is affiliated with the National Black Marathoners Association, NBMA, and is one of the largest affiliated clubs to participate in the annual NBMA targeted marathon events around the country.  It is also the oldest organized African-American running club in the nation. Its web address is www.avondalerunningclub.com.

Avondale Running Club members enjoy walking, running, cycling and swimming.  Over the past 30 years they have left their marks around the city, the region, the country and the globe:
Gillis Bowden has completed a marathon in every state in the union and is now focused on completing a marathon on each of the continents. 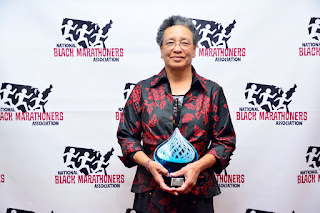 Finally, Frances Gilbert has participated in each of the NBMA target events. 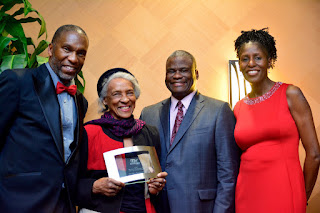 For over 25 years the Avondale Running/Walking Club members start each New Year’s Day with a fun run and walk brunch.  The day starts at 9:00 a.m. when members, family and friends, meet for the annual 3 to 5 mile run/walk.  Immediately afterward, they chow down on member-prepared side dishes. The club provides the main dish, usually chicken and turkey.  It’s a great way to get the New Year off to fun, fitness, and good health.  This event has taken place every year, no matter the weather!

Monthly Meetings:
On the first Saturday of each month, except for May and July, the club holds a business meeting.
Annual membership dues help to support the administrative responsibilities of the club.

Weekly Run/Walk:
The yearly calendar of scheduled runs, walks, races and fund raising activities for members and friends can be found on the club’s website.

Club Membership:
The club is open to all who wish to stay physically fit and spread wellness and good health to others.  Whether you run, power walk, just walk for fun or are training for competition, you will find willing ARC club members ready to participate with and provide you support.