The book, “The Loneliness of The Long-distance Runner” by Alan Sillitoe was first published in 1959. That title aptly described the local distance running scene of those days. It wasn’t until the mid 1970s that the first running boom came about. Prior to then, if you weren’t on a school team, it was hard to find a place to race and people to run with.

What was the Greater Cincinnati running scene like then? Back in the 50s and 60s, non-team affiliated runners had to travel out of town to find races because so few local opportunities existed. There was little motivation to continue with the sport.

Perhaps 1/10 of 1% of high school track and field athletes ran in college and again only 1/10 of 1% of those college graduates remained with the sport (a statement I attribute to Joe Henderson).  In the late 1960s, someone in their mid 20s would be one of the older participants in races. I recall thinking,  “I hope I’ll still be running when I’m as old as Don Wahle.” who was in his late 30s at the time.

It is not an exaggeration to say that back then Don Wahle was the single most important name in the Cincinnati running community. He helped nurture and sustain the sport, in a variety of ways, until waves of new participants joined the running flock. What were some of his contributions?

Upon graduation from UC in 1953 he got a job, got married, and moved out of town from 1954 to1957.  Upon returning to Cincinnati, he rejoined a former Bearcat teammate, Bob MacVeigh, who had formed the Cincinnati Track Club, and ran some with him.  MacVeigh was transferred to Boston in 1960 and the club disbanded. This is when one of Don’s traits blossomed - stepping in and filling existing voids.

Since few local racing opportunities existed, Don and two running buddies, Kent Friel and Howard Hughes, started meeting and racing at a variety of distances among themselves. MacVeigh would mail in from Boston his performances over the same distances and they would compare how they did against one another. 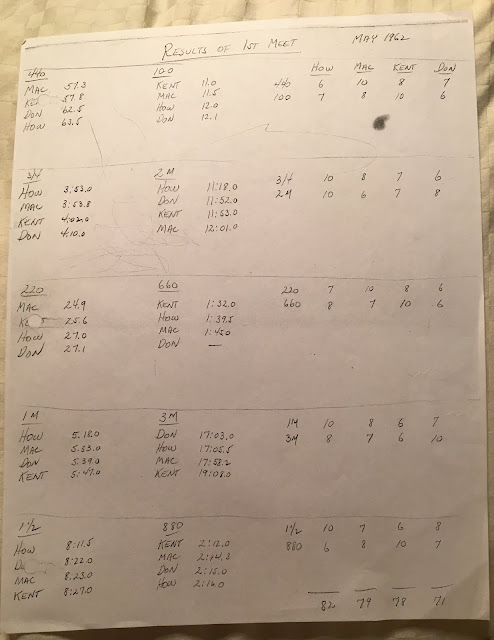 Other individuals saw them racing and asked to join. This evolved into a series of free Summer All-Comers meets. Those meets became extremely popular and they began attracting athletes from a wide area including Dayton, Lexington, and Columbus. Don continued promoting and working at these summer track meets well into the 1970s until he finally stepped down in order to spend more time with his growing family. The summer track meets have continued until recently. 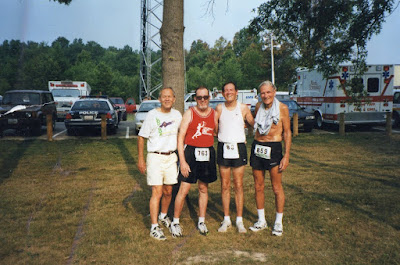 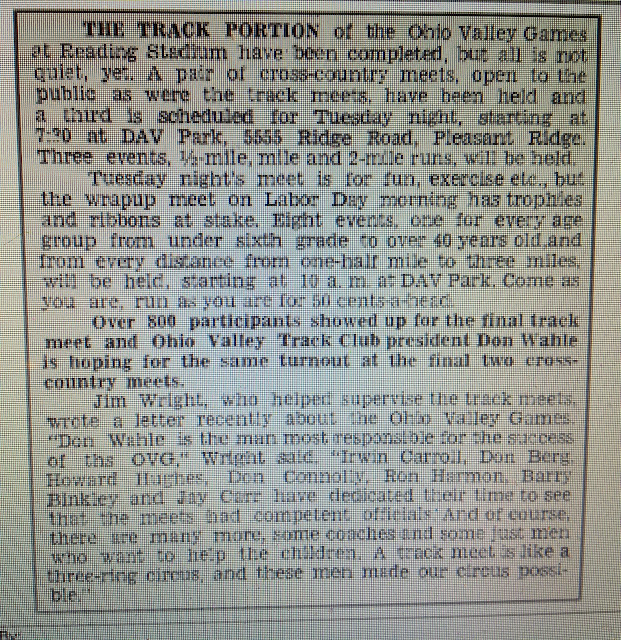 As the summer progressed, the track meets were followed by cross-country events at the now defunct DAV Park in Pleasant Ridge, French Park and other locations.  The Clifton Track Club, which later became known as the Runners’ Club of Greater Cincinnati, with podiatrist Stacy Osborne at the helm managed the still existing cross-country races.

If you were out of school, there was no team for you. Don helped found and manage the Ohio Valley Track Club, OVTC. This track club attracted individuals who were no longer affiliated with a school but they still relished the camaraderie of being with others and competing as a team against clubs and colleges. The OVTC acquitted itself quite well against these other groups.  The summer meets became known as the Ohio Valley Games.

Don donated his time to help others.  Running opportunities for girls and women hardly existed.  Title IX hadn’t arrived yet.  Don coached a young Marie Kastrup (maiden name), who became one of the top female milers in the state of Ohio.  Her times around 5:00 would still be quite competitive today.  From 1972 through 1975 Marie won the Thanksgiving Day Race five times.

Many can remember seeing Don in the 70’s and 80’s running his 6-mile daily route from his home in Oakley to his workplace in Amberley Village in the morning and returning in the evening. Although he lost much of his sight, was legally blind, and was unable to drive, running, no matter the weather, became his means of transportation. Friends along the way said they could set their clock by Don’s daily runs.

Imagine a Cincinnati without the annual Thanksgiving Day Race. Road races are popular these days, but back in the 60s and early 70s the Thanksgiving Day Race was just about all we had and it needed dramatic life support. The Turkey Trot could have easily disappeared, but Don took it upon himself each year to keep the race intact. He marked the course early in the day and arranged for individuals to start the race and be at the finish line. Then, with these logistics in place, Don toed the line waiting for the starter’s pistol report to send everyone on their journey from Kentucky to Ohio. 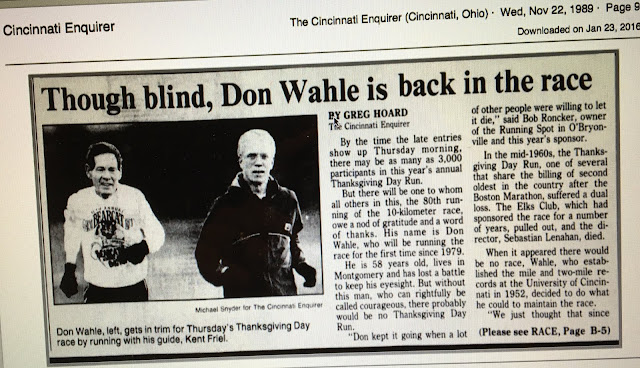 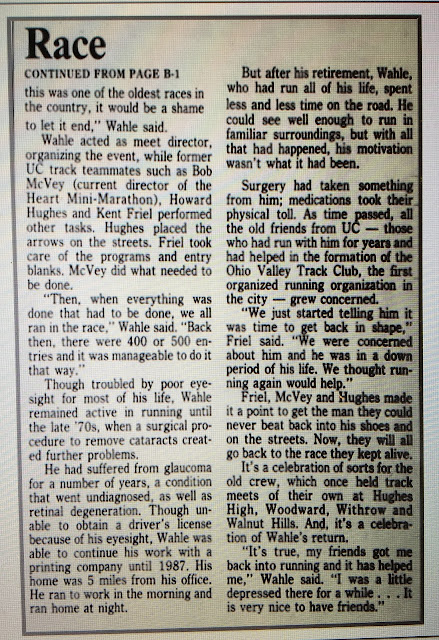 When he was in his mid-70s, Don still ran more than 20 miles a week and entered many of the local races year round. 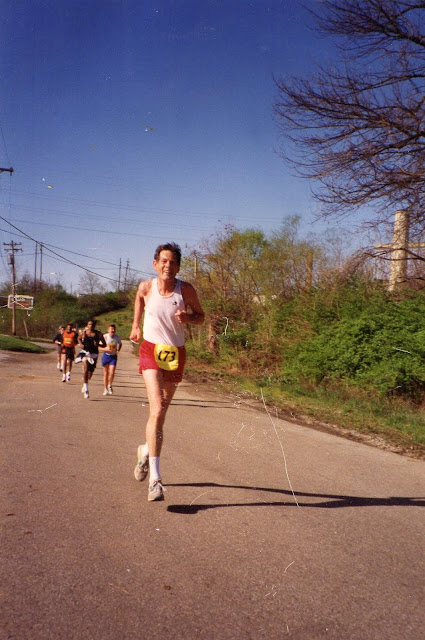 In addition, he and his wife, Ginny, bicycled over 3,000 miles annually on their tandem bicycle. 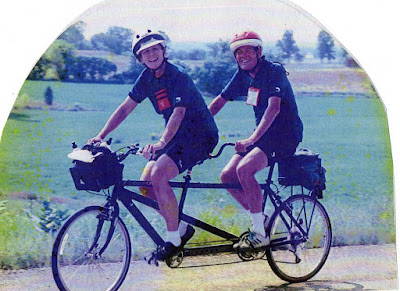 When asked after 60 years of running what stands out most, Don replied: “It’s mind-boggling to see the number of people that are running today. Now there are over 10,000 people in the Thanksgiving Day Race.  I recall that race having fewer than 10 runners one year. It is hard to believe.” He further commented: “When I first began organizing races, it was my goal to get everybody running. Now it is happening.”

Much of Greater Cincinnati’s vibrant running scene can be attributed to the tireless efforts of Don Wahle over many years. He is an inspiration and motivation to many people. He helped provide opportunities for countless individuals. Don is a guy who did not wait for others to step forward if something needed to be done.  He followed the maxim that a small shoe company adopted, “Just Do It.”